HomepageNewsA long period comes to the end
News
back
2016/802

A long period comes to the end 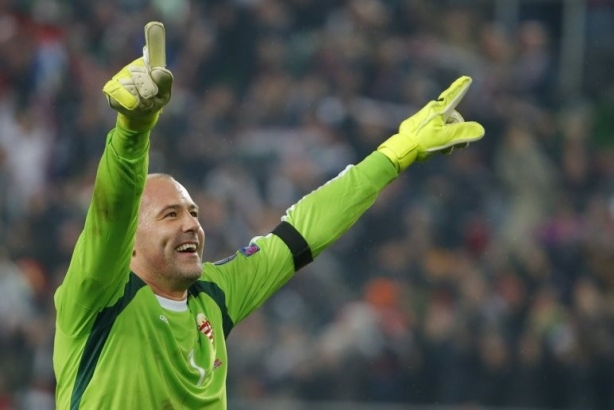 The decision has been made.

After playing a whole season in Haladás, I immediately started the tough preparation for the Euros, which lasted longer than a month, without a break. I put in all my strength, but meanwhile my body sent me signs telling me that this is the limit!

I am a perfectionist and I want to play perfectly, but at the age of 40, this is impossible in both the club and the national team at the same time. Bernd Storck, coach of the national team, allowed me to chose whether I want to continue or not. I decided, that there is no worthier farewell, than a performance at the European

Championships, which got Hungary into a football fever and caused massive happiness for the hungarian people and after which hungarian football got back onto the european ”big stage”. I am immensely thankful, that I could wear the national kit 107 times! I received a lot of love and encouragement from the fans during these 18 years, I want to thank them.

Because oft he trust I obtained, I will try to use my energy to serve hungarian football, as a player of Haladás Szombathely and as the manager of KirálySport. I will stay a true devotee of the national team!